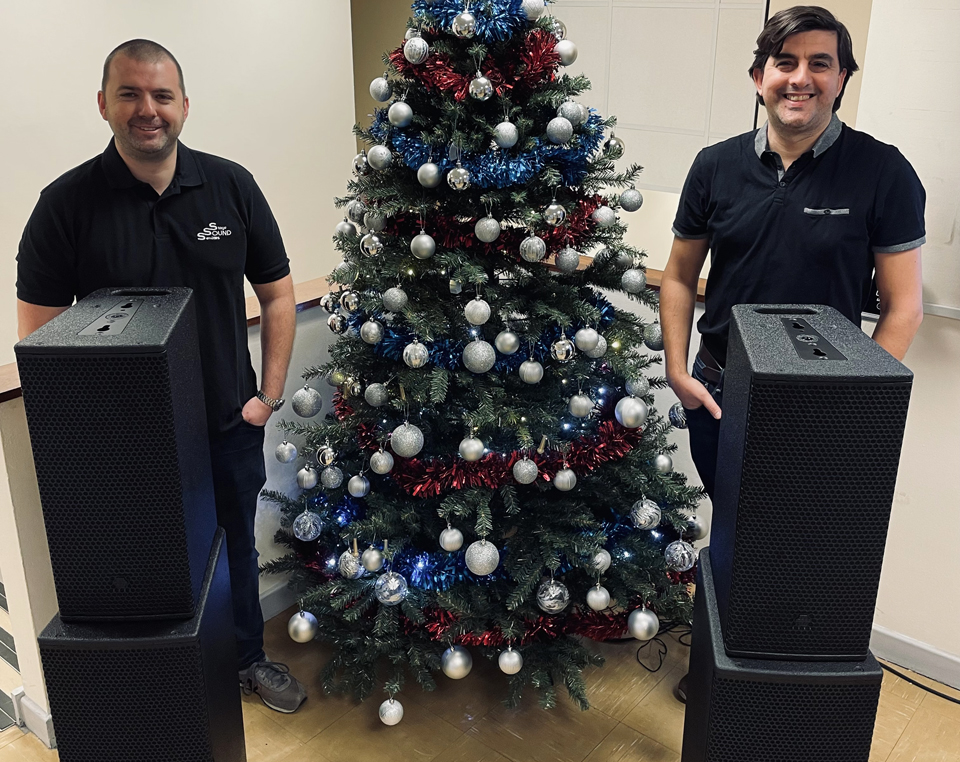 CARDIFF, U.K. — Cardiff-based Stage Sound Services is today one of the premier suppliers for the theatre and events industries in the UK and internationally. The company is also the single largest stockist of EM Acoustics equipment with well over 1000 pieces in their rental inventory. SSS has recently bolstered that inventory still further with the addition of six R10s and ten R8s from EM Acoustics’ award-winning flagship Reference Series range. The purchase also represents the first Reference Series delivery to a rental company.

Reference Series represents the ultimate no-compromise solution for point source applications requiring ultra-high quality sound reinforcement in a versatile, low profile package. R10 was first previewed at ISE in 2020. It has since been joined by its 8-inch and 12-inch siblings, R8 and R12 respectively.

Reference Series loudspeakers are distinguished by their unique interchangeable waveguide options supplied as standard and an entirely new approach to crossover design that marries the components together. R10 was recently honored with a PLASA Innovation Award where the judges commended its controllable, adjustable low-mid dispersion, adding that the inclusion of the different high-medium frequency flares increases the flexibility for a touring show and is a feature that has not been seen before in a speaker of this type.

“We’re very pleased to take delivery of some of the first pieces of R10 and R8, especially as we were involved in the beta-testing of the R10,” remarks Phil Hurley, owner of Stage Sound Services. “We’ve always supported EM Acoustics – they’re a British company that makes consistently good products, which explains why we have a lot of their gear in our inventory. When they approached us to beta-test the R10, we were very pleased to do it. I’ve always had the greatest respect for Ed’s design talents – he’s a very clever guy – and we could see that they’d come up with something a bit special with the R10. Having tested it quite extensively on Ghost Stories in the West End where the sound designer, Nick Manning was very impressed, it was easy to make the decision to invest.”

Hurley believes that Reference Series will be a game-changer for EM Acoustics. “I think R10 will become the go-to product in its category,” he maintains. “It can compete effortlessly against similar offerings from other manufacturers and R8 is the same thing in a smaller package. In fact, we purchased the R8s without even listening to them, simply on the basis of what we knew of the R10s. They both pack a terrific punch for their size and the sound is flawless. We’ve found that most EM products don’t need much processing to sound good, and Reference Series is no exception, which makes them very easy to deploy. As for the rotatable, interchangeable waveguides, they are a stroke of genius – the commercial advantage for rental companies is huge as we essentially get two products for the price of one, and that for what is already an extremely versatile product. In the current climate, that is a very significant advantage. For those who weren’t already fans of EM Acoustics, Reference Series is likely to change their minds.”

The new gear has just gone out on the stage production of Dan Brown’s blockbuster novel, The Da Vinci Code, which opened in Bromley on 10th January before embarking on a nationwide tour going through to 12th November 2022.