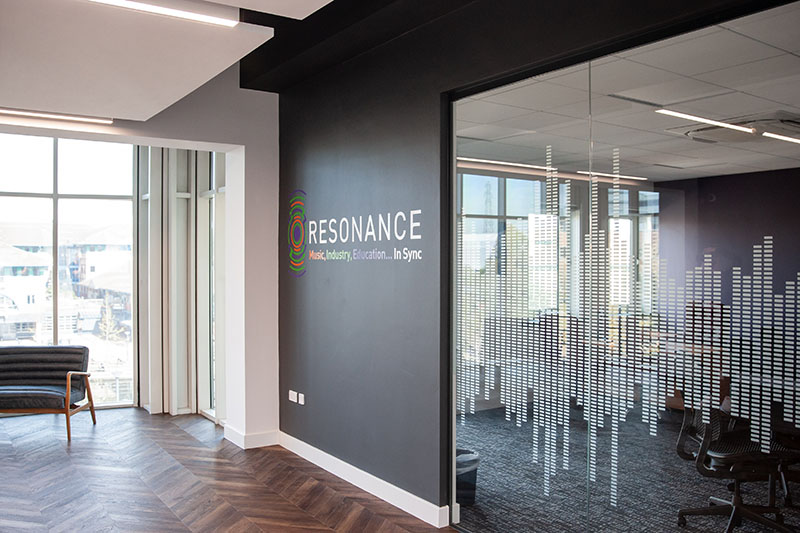 Resonance, a new music institute in the UK’s West Midlands

BRIERLEY HILL, UK – Resonance is a brand-new music institute in the UK’s West Midlands, offering three-year bachelors’ degree programs in everything from music performance and production to sound engineering. The school has been designed around a new approach to music and pro audio instruction (no more than 200 students per year), optimized to take students farther, faster. Many tech innovations have been put in place to help carry out this mission, but Focusrite is at the heart of it all. 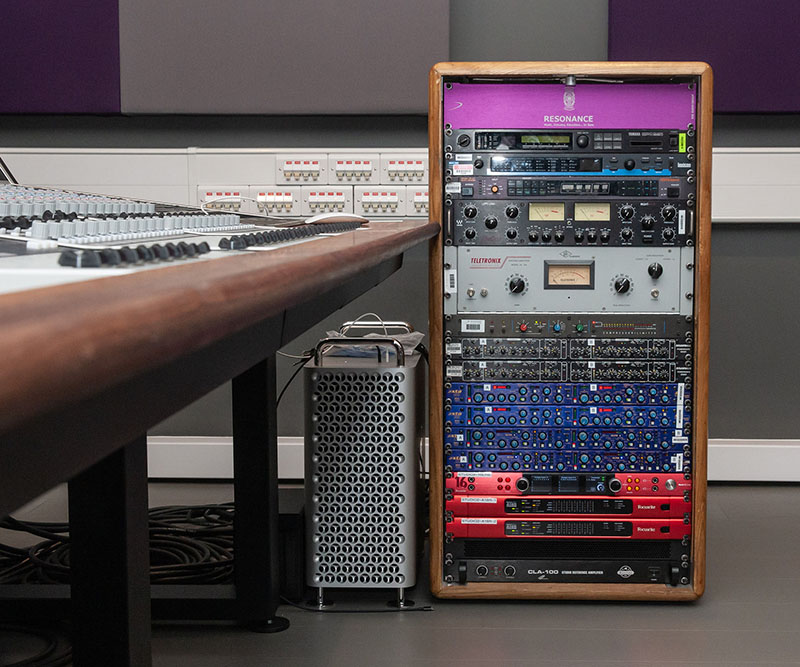 Resonance has three recording studios, each with its own control room, live room(s) with traditional analogue connections, equipment, and workflow. In addition, there are eight fully equipped rehearsal studios for live work, six acoustically isolated practice rooms, and a Mac lab for basic DAW-based study. A variety of small digital mixers and other equipment can circulate between any of these rooms as needed.

“The entire building, and I mean the entire building, is equipped with Dante,” comments Resonance CEO and Principal Rick Benton. “We have two completely separate Dante networks running side by side, so if one drops, we go to Dante B. There are Ethernet ports in every room, whether it’s the studios, the live rooms, the rehearsal rooms, the library, or even the café. In effect, this is a 48,000 sq ft recording studio – the sky’s the limit.”

Focusrite gear in Studio One includes a Red 16Line interface connected to two 8-channel Focusrite ISA 828 MkII preamps with Dante converters. In Studio Two, there is another Red 16Line connected to two RedNet A16R MkII’s. Studio Three uses a Focusrite Clarett 8Pre USB interface. The Mac Lab has 16 Macs, each with a Scarlett 2i2 and a Novation Launchkey Mk3 controller. Rehearsal rooms, each equipped with a PA with full backline available, are configured to accommodate wheeled racks with four RedNet MP8R remote-controlled 8-channel preamps, which can go into any room individually or together, and six RedNet AM2 headphone/line out boxes that float as well.

And while starting a school during a global pandemic might seem foolhardy, Resonance is a success story made possible by audio networking. “In a 48,000 sq ft building,” Benton explains, “we can give every student their own room. They’re safely isolated, and yet they can be on campus and get their hands on the equipment for the practical approach to their learning. Having the Focusrite RedNet gear has really helped it along.” An additional benefit, he says, “is the ability to get nearly zero milliseconds of delay from room to room. We can actually have real-time rehearsals where it sounds and feels like students are in the same room even though they’re isolated.”

The embrace of networked audio in the audio industry, particularly its ubiquity in live sound, has created a demand that new hires be network savvy as well as being proficient in the more traditional audio fundamentals. “Our understanding from the industry,” says Benton, “is that there is a potential shortage of good live sound engineers who have this network background as well — people with phenomenal ears who can mix anything that comes at them, but also have that knowledge of how to send that signal around and how to troubleshoot network issues.”

“For me, that’s where Focusrite bridges this perfectly,” adds Alex Prince, Course Leader for Resonance’s Performance and Production Degree. “You have the Dante network, which is its own protocol, and there are many manufacturers who have it integrated. This network will work with systems or components from any manufacturer for any idea that we might come up with, and yet at its core it’s still the Focusrite brand. It all marries up so perfectly and it doesn’t get in its own way.”

Benton notes that Focusrite’s goals run parallel to Resonance’s. “What we tell the industry,” he explains, “is that we are here to train students, and boxes won’t train them — people will. Focusrite and our other partner companies don’t see education as just another place to sell product. They see that if we’re going to have an industry in ten years’ time, we’ve got to get the people ready to take that industry forward.”