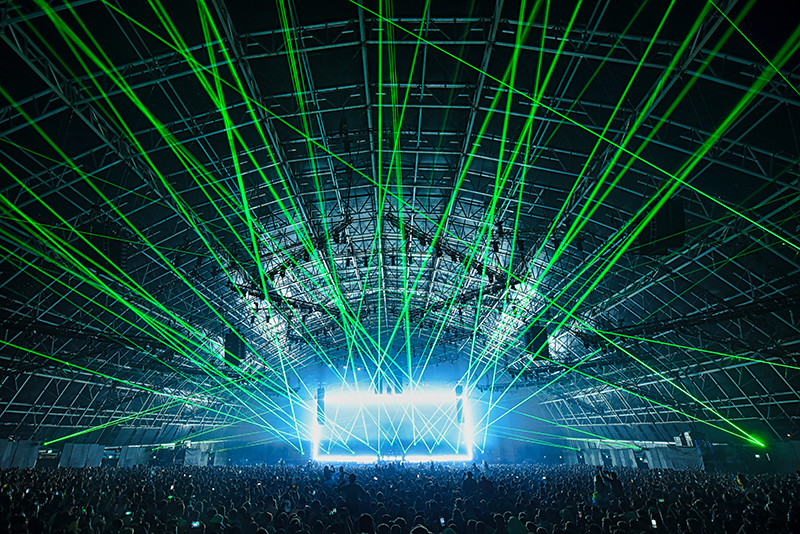 CHESHIRE, U.K. – After two years away from Daresbury, Britannia Row Productions returned to cinch presents Creamfields on the U.K.’s August Bank Holiday Aug. 26-29 to provide sound solutions for the North Stage, the South Stage, and the 15,000-capacity Steel Yard. 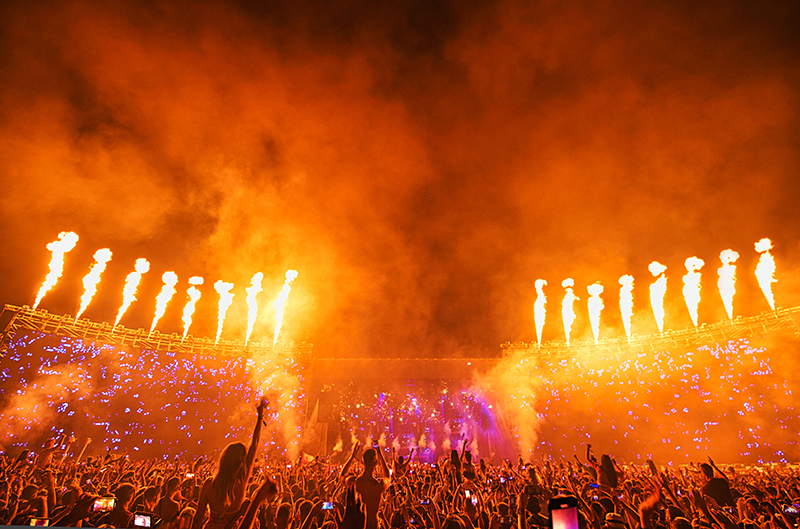 Britannia Row has enjoyed a long and productive relationship with the legendary dance festival, and its production company, LarMac LIVE, so as soon as it was announced that the 2021 event would go ahead, Brit Row’s team – led by Audio Crew Chief Alex Hore – were eager to pick up where they left off.

“As with many events that have managed to go ahead this year during the pandemic, I think there was a general sense of relief and joy that we could be back in a field enjoying our favourite DJs and the live event atmosphere once again,” says Hore.

Given the success of Britannia Row’s 2019 visit to Creamfields, the team decided that the PA configuration and audio ethos for the 2021 edition should remain largely unchanged.

“The North Stage has a fairly standard outdoor ‘main stage’ configuration, with a main left and right hang of L-Acoustics K1, KS28 for ground subs, and K2 on ground fill and delay duties,” he adds. “The one unusual thing is that the side hangs have to be flown way out in order to stay out of the way of the stage’s very large video screens.”

The South Stage was rigged with a similar outdoor standard L-Acoustics setup, but on a slightly smaller scale, with ground-stacked K2 in place of side hangs.

“The design of those two outdoor systems is to provide the best sounding and largest-area-covering audio we can, while limiting the potential for any off-site sound problems,” Hore says.

As the Steel Yard is a covered space, Hore and his team had to come up with a more bespoke design featuring an arsenal of flown subs, using K1-SBs in the air, a KS28 sub enclosure – both flown and on the ground – and K2 enclosures as main hangs, as well as SB18 for delays, ARCS II as ground fill and front fill via Kara.

“The two sets of flown left and right delays with flown subs were invaluable,” comments Hore. “They ensured even coverage throughout the space even when the noise levels are dropped for the post 11pm until 4am noise limits.”

All of the stages had DiGiCo SD5 desks at FOH and monitors, with the exception of the SD10 monitor desk used at the Steel Yard, and all FOH racks had a Waves Server enabled.

“This set up means we can provide a consistent high standard across all our stages,” Hore continues. “Many acts would spec this kind of desk /control package, so it means that they can come in and be at ease straight away. The fact that they can come to us and use what they would in a touring scenario means they can relax and focus on creating the best possible sound for their artists.”

LarMac LIVE’s Ian Greenway, the festival’s Production Manager, comments: “We always know that Brit Row are a really safe choice. Alex Hore knows the show well and gets the genre and scale enough to help us deliver incredible shows across their three stages.

“All of the feedback we’ve gotten since the festival has been fantastic – we’re achieving better levels year on year at Creamfields by constantly tweaking our systems and learning from previous years. This attention to detail and care about the product from Brit Row – and in particular our Account Manager, Dave Compton – is really important to us and to the festival as a whole.”

Hore concludes: “We had a great combination of highly experienced seasoned engineers like Jon Lewis and Richard Trow and some first-time festival crew as well. As a Crew Chief it was a pleasure to see and work with everyone at Team Brit Row again after the long break and there were some huge efforts made in the warehouse to get everything back up and running.

“As usual, the equipment was all in tip top condition. It was also great to see all of the LarMac LIVE production team and everyone from Vanguardia, as well as the stage management teams, truck drivers, and all of our other festival friends.”