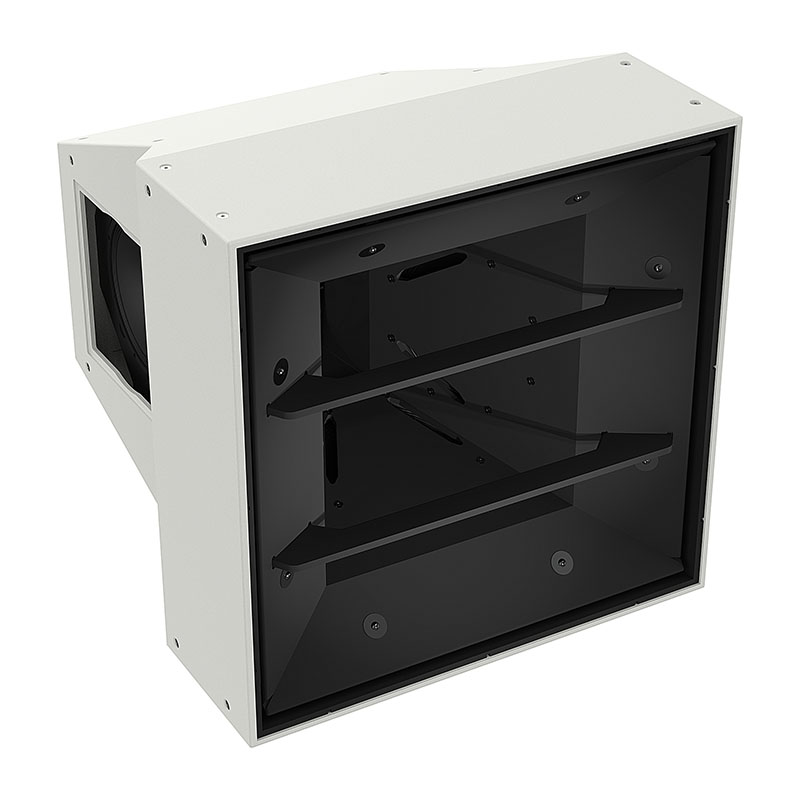 Shown here in white (also available in black) with grilles removed, the MTS-6154-64 has 60°x40° dispersion and two side-firing woofers that provide a cardioid LF response

In 1983, Electro-Voice began developing Manifold Technology™ — a method of acoustically combining the output of multiple transducers (both high-frequency compression drivers and multiple woofers) into a single coherent source. This approach, which yielded smaller, lighter and better performing systems, was first implemented in E-V’s landmark MH-4 loudspeakers in 1986 and has been refined over the years. Now, Electro-Voice has taken the evolution of its pioneering manifold loudspeaker designs and MH horn technology to advanced levels of audio performance.

Providing high-performance audio reinforcement for permanent installation in stadiums, sports arenas, houses of worship, performing arts centers and other sizeable spaces requires a large-scale approach. With that in mind, Electro-Voice has expanded its portfolio of large-venue sound solutions with the MTS series, which is designed to deliver a combination of massive output and precise coverage. 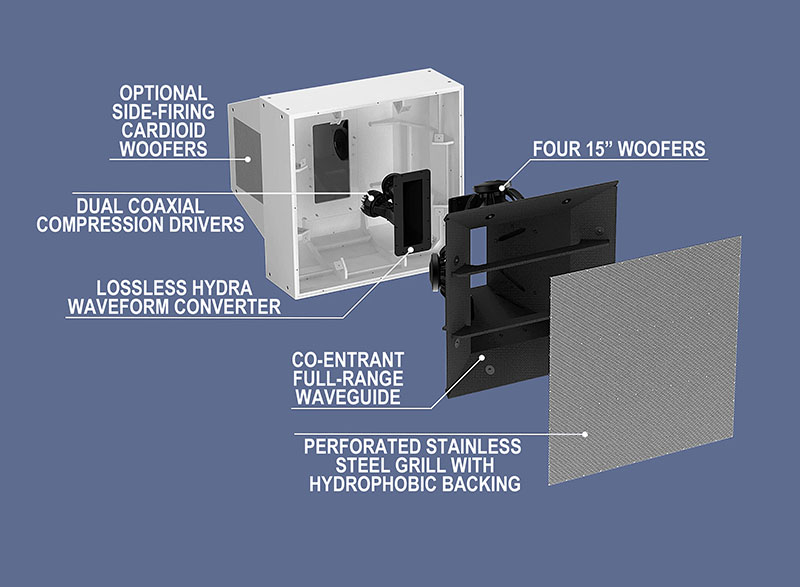 Fig. 1: This exploded view shows the arrangement of the different elements in the MTS-6154 design.

The MTS systems represent a truly holistic approach to loudspeaker design. Loudspeaker geometry, complementary amplifier matching, and digital processing are computer-optimized to ensure precisely distributed SPL that remains balanced and controlled throughout the entire coverage area — even at full output.

On the low-frequency side of the MTS system, four slot-loaded, high-efficiency 15” LF drivers are symmetrically coupled to the same full-range waveguide as the dual coaxial mid/high frequency compression drivers. This not only creates a true point-source system with substantial bass response, but also eliminates the need for additional subwoofers in many applications.

Another version — which delivers complementary performance to that of the standard three-way models — adds two additional side-firing 15” woofers positioned in a separate chamber at the rear of the cabinet that results in a cardioid configuration, delivering full-bandwidth directivity control that substantially reduces acoustic energy behind the speaker and sound spill outside the pattern. This enhances dynamics, improves the sound quality and clarifies speech intelligibility, while extending pattern control to the low-frequency cut-off of the system. 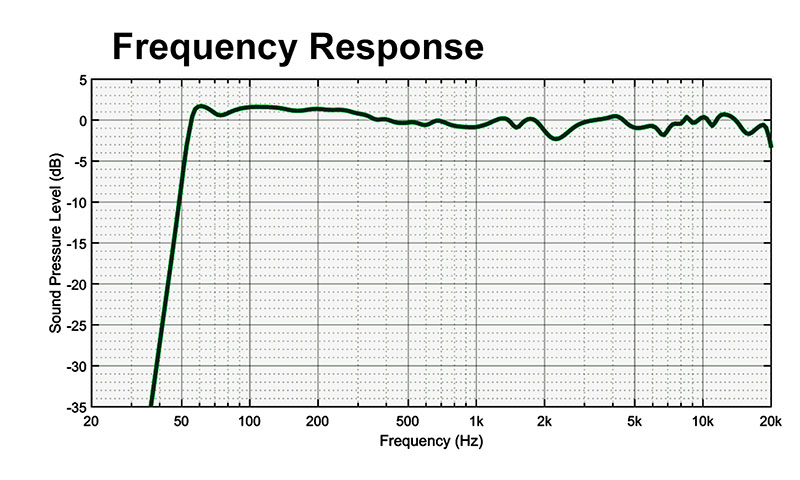 The fully weatherized models are specifically designed for harsh environments, including direct exposure to the elements. In addition to the features already described, all interior and exterior surfaces of the fully weatherized enclosures are finished with a weather-resistant coating that seals the marine-grade plywood. The grilles are backed with a special hydrophobic cloth that minimizes water intrusion without impeding the acoustic output of the speaker.

The enclosures are trapezoidal in both the horizontal and vertical planes, in such a way that tight-packing the loudspeakers in a cluster results in the smoothest coverage transition. Each MTS-4153 loudspeaker has 24 M10 hard points for suspension in either horizontal or vertical configurations. The cardioid MTS-6154 models have 32 M10 suspension points. The speakers can be suspended from individual cable systems or via third-party structural frames.

MTS’ coaxial mid/high compression drivers feature a high-power passive crossover with 24 dB per octave slopes to minimize the required number of amplifier channels. The MTS-4153 has separate amplifier inputs for the MHF, LF1 and LF1 sections, although it can operate with just two channels if the LF1 and LF2 are wired in parallel. The cardioid section on the MTS-6154 models requires its own processed amplifier channel.

All MTS loudspeakers feature heavy-duty input/pass-thru panels, with dual 8-conductor Phoenix/Euroblock terminals (Phoenix Contact P/N 1709212). The connectors are mounted in a cast aluminum input cup and have a current capacity that exceeds 40 amps (continuous) with the ability to accommodate up to 10 AWG stranded wire.

An included cover plate with gland nuts provides protection for the speaker and wiring against water ingress and must be installed for outdoor and full exposure applications. The cover plate can also be installed for indoor applications to prevent tampering and enhance cosmetics, presenting a clean, consistent look for the rear of the loudspeaker.