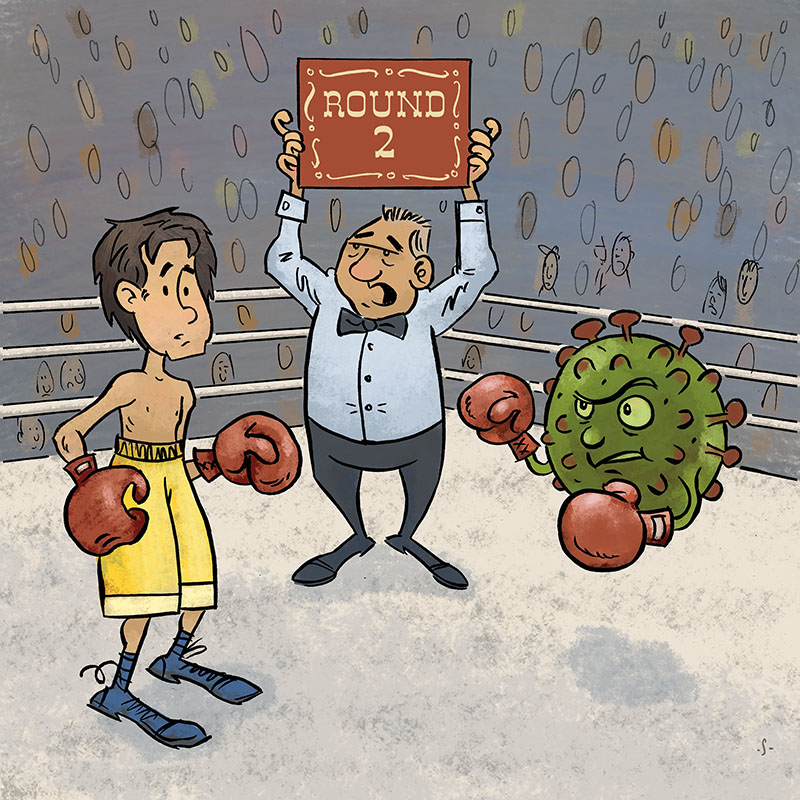 As we kick off the New Year, it’s difficult to imagine that we are coming upon the second anniversary of the first Covid-19 shutdown. On March 11, 2020, the CDC declared the Covid-19 virus a worldwide pandemic. Shortly after that, on March 13, the President acknowledged the pandemic as a nationwide emergency. By March 15, 2020, U.S. states began to shut down, and by March 17, I found myself in the company of millions of others from around the world who were sitting at home, furloughed from their jobs, wondering, “What the heck just happened?” For a year and a half, the entertainment world remained virtually shuttered. Unfortunately, while those of us in the audio industry tried to remain productive, it was a difficult task to drive without the vehicle of touring, events and concerts.

Get Back to Where You Once Belonged

In December of 2020, the government implemented a rush to develop and manufacture a Covid-19 vaccine, and by August 2021, 70% of the U.S. population had been inoculated. In September 2021, things started to move more quickly, and I — along with many others — were called back to work to handle the incoming work. Of course, the return to our chosen profession was not without its challenges, and once the dam broke, the workflow was more than the workforce could handle. Trucks that had been idle for 18 months were not easily put back into commission. For that matter, the workforce that had also been at a standstill for that time period was not all there. Some people had taken the long layoff to reconsider their lifestyle and choices. Others had retired or relocated, and some just drifted away. But for those of us who were able to hang on to their jobs, or return to them, getting up to speed after a dead halt posed a few obstacles that had to be overcome.

Of course, making sure all the equipment was working was the first and foremost issue, but it was also necessary to have all accoutrements that we rely on to make everything work. Things we take for granted, such as batteries, duvetyn fabric and replacement speakers, are just a few of the items that were not easily accessible. Not all items needed to reboot our industry were the victims of the supply chain crises — case in point, the Avid Profile. The console, which was already on its way out before the pandemic, has now, for all intents and purposes, completely fallen off riders. There are a few exceptions and we still get occasional calls for the board, but for the most part, it’s been replaced by Avid’s VENUE S6L. DiGiCo consoles are still viable, and I’m noticing Allen & Heath consoles creeping up the rider charts; in particular the dLive 5000 and dLive 7000.

Again, the virus is not responsible for all the difficulties we are experiencing — some changes are just victims of time — but a year and a half is a lot of time to put on hold in a digital world where things move at quantum speed. Masking and vaccine cards are becoming commonplace in regard to security, and Covid-related cancellations are a reality with which we need to contend. The vaccines have provided us with a newfound confidence, but new mutations of the virus are already straining our patience and tolerance as we move indoors with the advent of cold weather. Being in a packed room or venue with people drinking and partying like it was 1999 is concern for worry, as even vaccinated people can have breakthrough infections; especially as the newer variants are considered to be more transmissible and less susceptible to the vaccines. New protocols are in place, and we are all trying to catch up from lost time in a new world that, while appearing to be the same, has most definitely changed.

How do we manage? We just carry on, do what we do and hope for the best while taking solace in the constants that accompany our work, such as the knowledge of gain structure, the math of delay times, the science of a speaker hang, the technique of mic placement and the intrigue of how much labor and time is required to present a successful concert or event. Some of these topics vary due to the fluctuations in any given situation, yet the parameters with which we base our calculations remain unchanged. Another thing that apparently has gone unchanged during the 18-month layoff is how audio seems to take a back seat in high-end event planning. During my career, I have often suggested that event planners contact the audio provider before planning décor so that feasible options of hiding speakers, consoles and technicians might be discussed. While I understand the importance of planning the menu, seating arrangements and the look of the room, I do not understand why audio always seems to be an afterthought, especially as most event planners don’t want to see speakers, consoles or technicians.

Designing a sound system around an existing room plan always creates a compromise by all involved parties, especially if the event is to show off a band to a roomful of industry insiders. Not just any band, mind you, but a well-known 28-piece band flown in from England to showcase for a high-end event. Do they have a rider? Naturally, the band has a rider, with some very particular requests and needs. The event planners obviously want to please the band, but without disrupting their beautiful room design so, of course, the task of bringing in invisible audio equipment that will be suitable to fill the venue and satisfy the band’s needs falls squarely on the shoulders of the audio company. Okay, we’re up for the challenge. It’s not the first time and, most assuredly, will not be the last time we get called in after the fact, but one would hope that after 18 months of sitting at home, the event planners might have given these things a little thought.

My suggestion is to bring in audio while the room design is underway rather than after the bars and food courts are in place. Believe me, I know the bar is more important than audio, but humor me so I don’t have to set my speakers behind potted plants or put my front of house engineer in the broom closet. As disquieting as it may be, I should probably take solace in the fact that, after a year and a half sabbatical, everything old is new again.