The MUSIC Act for Industry Relief is Reintroduced into U.S. Senate 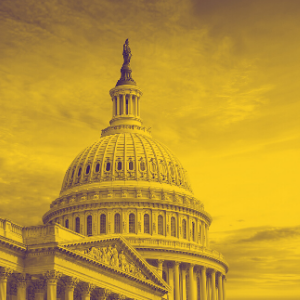 Bandit Lites’ Chair/Founder Michael Strickland informed PLSN and FOH about the progress made on The MUSIC (Music Under Severe Income Crisis) Act.

WASHINGTON, DC – The MUSIC Act was reintroduced in the U.S. Senate on Dec. 7. “The new bill is a bipartisan effort, with Republican Senators Blackburn and Hagerty and Democratic Senators Klobuchar, Warnock, and Cortez Masto all as sponsors,” Strickland explains. “This new legislation serves to allow those left behind by the Shuttered Venue Operator Grants (SVOG) to receive grants from the remaining funds.

“This new version of The MUSIC Act is especially important as it reflects bipartisan support, which was previously not visible,” he adds. “Notably on board is Senator Klobuchar, who was the creator of the Save Our Stages bill which created the SVOG fund. Senator Klobuchar and the others have come forward and recognized the need for those left behind by SVOG to receive much needed relief grants just as others in the entertainment industry have.

“This is one more step closer to passage,” Strickland notes. “There should be one further announcement/action taken in the Senate to further cement the passage of The MUSIC Act. That step should occur this week. Please reach out to your two senators and urge them to support The MUSIC Act in order to finish what Congress started with Save Our Stages and help those left behind by SVOG. Also, remember to thank those brave people in Congress for all of their valuable support for our industry.”

Strickland has been honored for his activism during the pandemic on behalf of the live events industry, including a recent “Heroes of Live” award at Pollstar Live. In addition to testifying before the Senate, he worked to pass the CARES Act, enhanced unemployment and PPP funding, Save Our Stages, and the Shuttered Venue Operator Grants (SVOG). He is currently working on The MUSIC Act for those left behind by SVOG.

For a related posting, go to https://fohonline.com/featured/senator-cortez-masto-introduces-bipartisan-legislation-to-support-entertainment-industry/