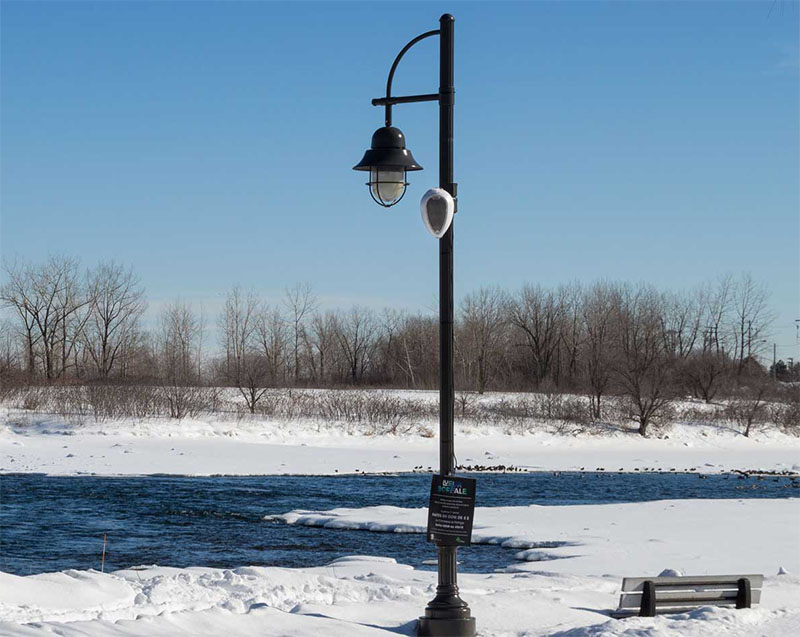 The park also supports the local community in Sainte-Catherine by providing a wide range of events. In light of this, it needed a public address and entertainment system that could further support the community.

The city’s head of events, Nicolas G. Bouchard, wanted to introduce a permanent solution towards the park’s audio needs that could provide audio and public support for any events that take place on the grounds. This was partly inspired by the positive response from local residents to the park’s Halloween 2020 theme, in which lighting and decorations were placed along the park’s walkway. Without an audio system, the city was unable to provide music to go with the theme, and the need for enhancing the park with audio equipment was highlighted.

Montreal-based audio installer, XYZ Technologies, won the contract to implement an audio system that could meet the needs of the park and community. For this purpose, Bouchard chose Powersoft’s multimedia public address and entertainment system, Deva.

“We needed a reliable product that had the durability to withstand the environment, with the park being next to the river,” said Bouchard. “Powersoft’s Deva, its Audio model more specifically, met all requirements: a robust product with user-friendly software and the capacity to be both an entertainment system and a public safety one. It’s perfect for any event on the grounds, in appearance, flexibility, and in its simplistic control of the system.”

The IP65 rated weatherproof Deva system is Powersoft’s answer to a flexible, multifunctional solution that can be inserted into any public or private space to promote safety and provide entertainment, as well as public support. With an enclosure made of a flame-resistant and salt-water resilient material, compliant with the UL 94 standard, Deva has been specifically designed to protect the internal circuitry from exposure to the elements, with a working temperature between -20° +70° C. The wireless Deva is fitted with an ultra-efficient Class D amplifier and 8-inch loudspeaker and is capable of connecting and supporting any space it’s placed in. Deva has three models, each with their own capabilities and benefits. The Deva Audio features a GPS system and an infrared presence detector.

XYZ Technologies used seven Deva Audio units spaced throughout the park to maximize coverage for the grounds. Whilst Deva can be solar-powered, XYZ Technologies used the power from the streetlamps which were perfectly placed around the park to power the Deva. “Digging up the ground around the park to run wires in the conduit was just not possible,” said Bouchard. “It would have been too disruptive. DEVA Audio offered an answer that allowed for minimally invasive installation.”

“It only took us a day to set up all the units,” said Anaïs Leyral, sales representative at XYZ Technologies. “It was just then a question of setting up the Deva software, which was done in a matter of hours.”

With Deva units installed in January, they have proved to be an asset during the park’s most recent winter Lueurs Boréale theme. The Deva units were tasked with playing classical music from Quebec musicians while illuminated displays presented poems from four Quebec poets, which accompanied a northern light-inspired visual spectacle that took place along the winter trail around the Parc Optimiste’s grounds. The Lueurs Boréale experience also doubles as a fundraiser and visitors who enjoyed the experience are invited to donate to a local charity.

“We’ve had very positive feedback from the customer,” said Leyral. “The software has been praised for being extremely simple to use. Overall, we’re really pleased with the installation. The Deva units were easy to configure and install and offer exactly what was required.”

Bouchard and his team behind the fundraiser are now working on a new summer experience for the Parc Optimiste that will make use of the DEVA system’s flexibility. “We’re planning on creating three independent zones in which different content will be heard for the audience,” Bouchard said. “This wouldn’t have been possible without the DEVA system.”