Sonosphere Gearing Up for Eventful 2022 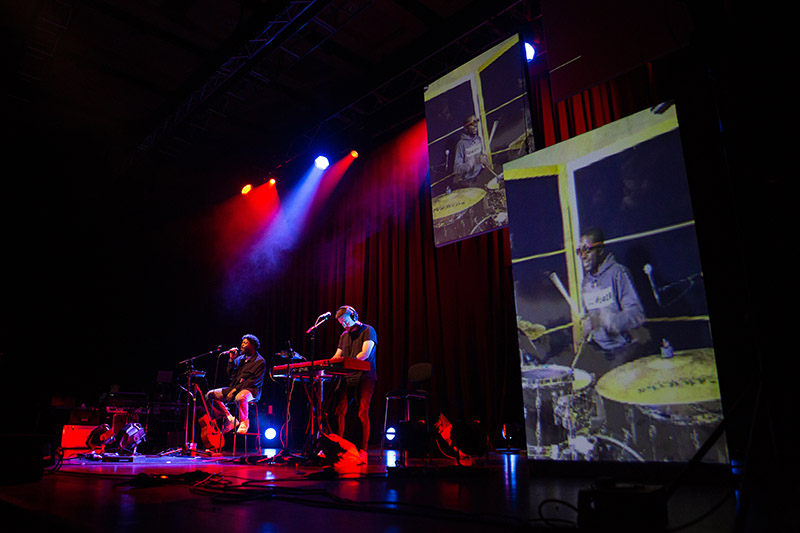 UK – Sonosphere reported on recent developments in immersive audio including its involvement in the 5G Festival (5FG) project, pictured here. The company also offered a glimpse at some of the projects in the pipeline for 2022.

2021 has been an exciting year for Sonosphere. Most significantly, its involvement in the 5G Festival (5GF) project has been central to the continuing advancements in using 5G technology in a truly ground-breaking way for the entertainment industry; the management team completed a buyout of the company, with Duncan Bell joining as Commercial Director; swiftly followed by the team supplying immersive audio for the public launch of Ed Sheeran’s new ‘=’ album.

2022 is set to be equally exciting with multiple projects in the pipeline. Working on a huge interactive, multimedia exhibition that will open in Germany in the New Year, spatialising the work of a Saudi Arabian producer and composer, and an immersive audio installation into a major London venue, are the first three in the bag.

“The November 5GF trials were a seminal moment for the entire consortium of companies involved in the project,” says Bell. “The rest of the Sonosphere team have been involved in 5GF since it started in September 2020. Of course, I didn’t come to the project until October 2021 and it’s been incredible to see how the team has worked together to develop technologies, based around the 5G network, that has the potential to change the way the music industry works.”

Also central to the company’s portfolio is the continuing partnership with Metropolis Studios, home of Sonosphere’s Dolby Atmos certified immersive studio, and our work to spatialise a selection of Amazon Music’s back catalogue.

“Our Senior Mix Engineer Phil Wright’s extensive knowledge and engineering experience across the live, broadcast and recording environments is key to our current and ongoing success,” Bell continues. “He has worked across all our projects so far but, to accommodate the growth of the company, we are busy expanding the team to include the incredible talents of well-known engineers Colin Walker, Leigh Davies and Charlie Morland.”

“Immersive audio has always been central to my vision for Sonosphere, but when we started the company, it was still a bit of a buzz word. Now it’s not only central to every conversation we have, but it’s the current topic across the industry as a whole,” concludes Sonoshpere Creative Director, Jamie Gosney. “The level of interest in what we’re doing is incredible and for a plethora of applications. Not everything we’re doing is entirely new, but with the amazing team we have in place, now is the time for us to join the dots between music streaming for the consumer, the experience for the traditional live audience, the vast potential of hybrid events and the creative opportunities the emerging technology delivers.”