After careful consideration that matched the church program to the building’s room shape, acoustics and architectural/structural design, the church chose a d&b audiotechnik KSL-Series, with the system developed by Idibri senior consultant Ryan Knox, alongside d&b regional manager Todd Hartman. The unique d&b ArrayProcessing technology was used to minimize reflections from walls and other surfaces while maintaining coverage consistency and an immersive feel. 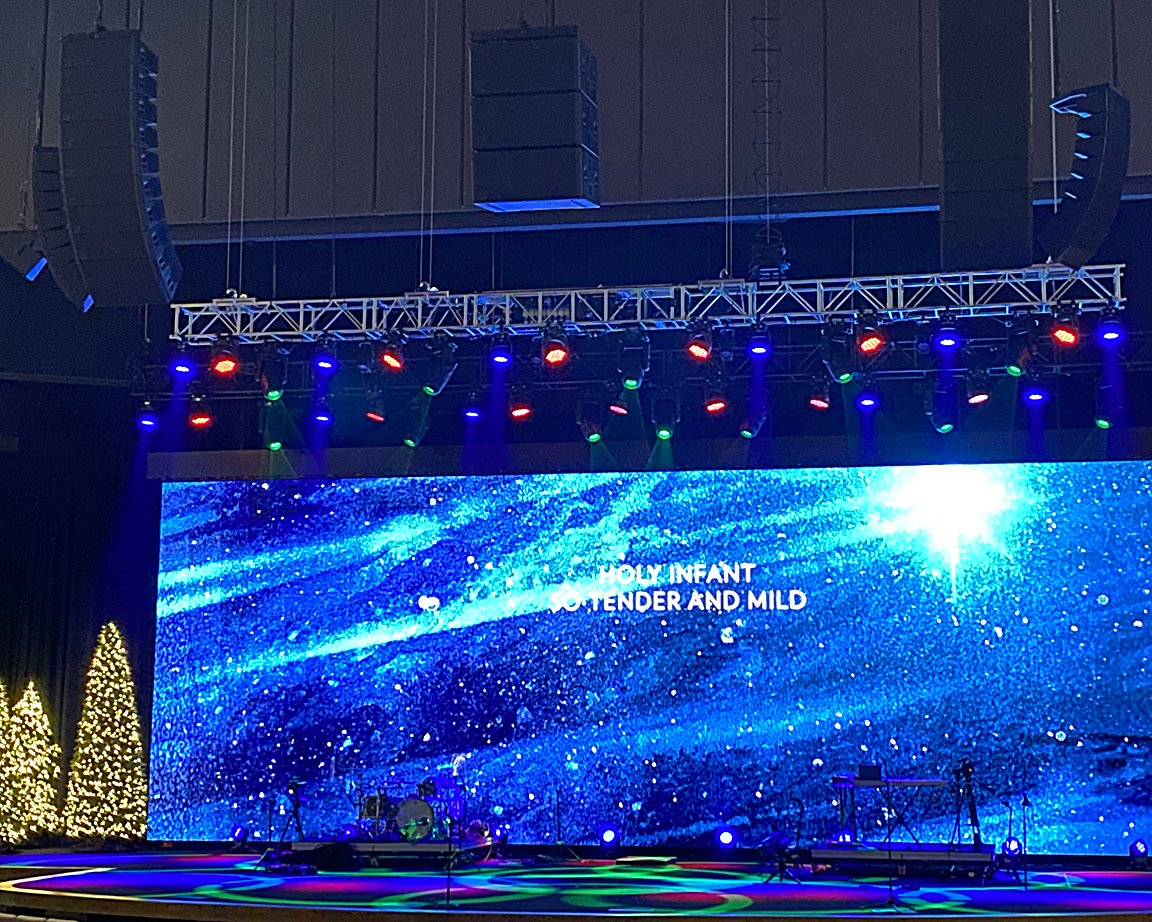 Once the d&b system was selected, final commissioning was a collaborative effort between Idibri and d&b, with integration by Houston-based LD Systems. “We needed a system that could support their style of music with plenty of headroom along with the rear rejection to keep the levels on stage down,” states LD Systems’ Matt Rhodes. “We worked very closely with the church and Idibri to create a great stereo image for as many seats as possible. d&b’s management and prediction software was fantastic and d&b’s 40D install amps we put in are great. The sound system works well with the room to provide an expansive mix palate and consistent experience throughout the seating.”

KSL, the no-compromise, second sibling of d&b’s SL-Series line arrays, offers full-range broadband directivity and extended lows to deliver quiet stages and maximum clarity for the congregation. The system consists of a left/right array of eight KSL8 and KSL12 (ArrayProcessed) per side. Outfill L/R arrays have eight ArrayProcessed Yi8/side, with two Yi7P handling 270° fills. Front fills are eight d&b’s compact point-source 8S speakers with another 27 8S providing under-balcony fills and a 12S for stage fill. LF is via three flown SL-SUBs and seven 21S-SUB on the ground. Ten 40D amps drive the KSL rig with D80, 30D and 10D unit powering the other enclosures.

“The KSL system has been truly phenomenal to mix on,” adds Hartman, who also serves as the church’s primary FOH engineer. “The cleanness of the low-end allows for an incredibly impactful transient response, even at lower volumes. The vocals have perfect separation from the other midrange elements in the mix, and the top end is effortless — it never fatigues you. It’s hard for me to go back to mixing on anything else now.”

In late December, during the holiday week, the church added a 25-voice choir in addition to its regular 8-piece band. “It sounded great in the room,” says Austin Ridge technical director Gary Poole. Austin Ridge is thankful for the new Worship Center and proud of the partnership with d&b, who shared the vision of creating a truly inspirational and exciting place for worship.”