Titan Festival Revives Cardiff’s Alexandra Head as a Venue, with Help from MLA 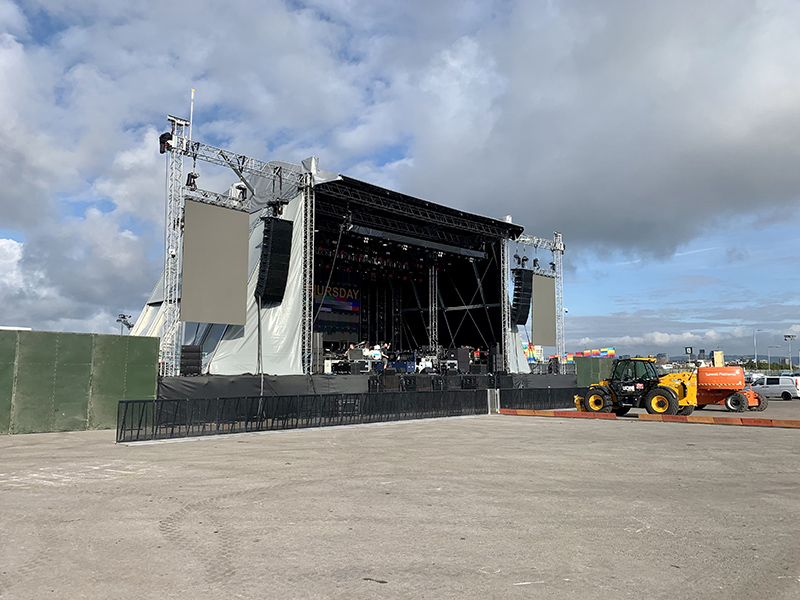 CARDIFF, U.K. – A unique festival in Cardiff Bay is being seen as the precursor to reviving a once popular venue at the City’s Alexandra Head. The four-day extravaganza, promoted by Live Nation, combined the two-day electronic Titan Festival at the weekend, book-ended by Bay Series on the Friday and Monday. SAS provided Martin Audio’s MLA system. 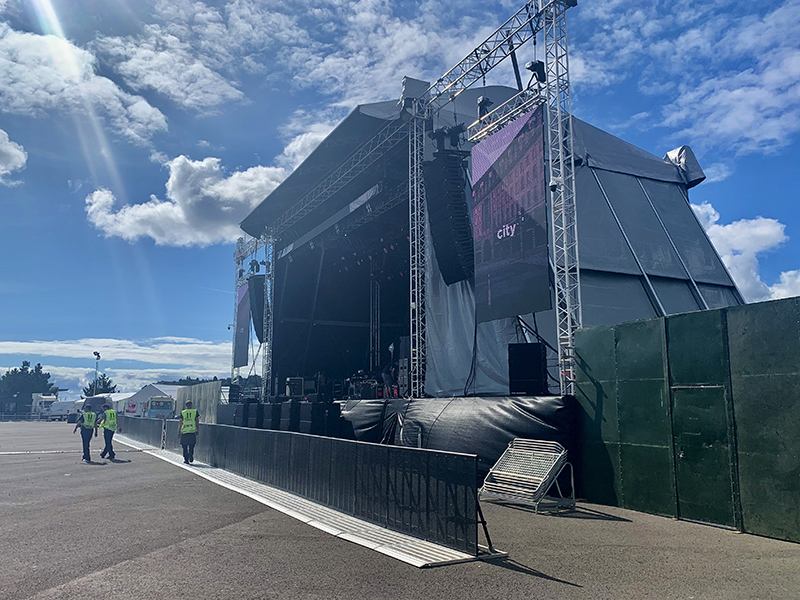 In residence throughout the entire event and broadcasting sound from an all-star line-up, ranging from Biffy Clyro and Frank Carter And The Rattlesnakes on the opening night, to Eric Prydz and Chic featuring Nile Rogers, was the award-winning Martin Audio MLA loudspeaker array—provided by Stage Audio Services (SAS) under the project management of Nat Hopking.

In addition to the above, Pendulum presented their spectacular Trinity show, reuniting all three original band members for a rare UK outing on the Friday, and another popular act was CamelPhat, supporting Eric Prydz on the Saturday.

In view of the sensitive location, with the potential of sound propagation affecting both harbormaster’s comms as the PA blasted out over the Bay, and also spilling into nearby residential areas, Martin Audio provided SAS systems engineer Dave Taylor with technical back-up in the form of Product Support Engineer, Simon Purse.

Purse recalls that the main issue had been the risk of disturbing communications to the boats in the harbor. “We did some propagation tests and applied Hard Avoid to prevent leakage back to the artists onstage, and at the imaginary rear wall at the boundary of the audience area, 70 meters back. In fact we stored a number of presets in the background of the software, to cater for various different scenarios.”

Dave Taylor takes up the story. “As it was an open site, we needed to take precautions against possible wind interference, but in the end, this was not needed.” Sound thresholds were imposed by acousticians Electric Star Live, with the initially set maximum of 96dBa Leq (15 minutes) later relaxed to 98dBa for the main acts (and dependent on the style of music).

Taylor confirmed that hangs of 10 Martin Audio MLA elements per side were supported by 15 MLX subwoofers in cardioid broadside sub array, to ensure rear rejection, and four MLA Compact, ground-stacked on each side of the stage, acted as side-fills.

Dave Taylor himself mixed the drum and bass acts, with the exception of Biffy Clyro (whose sound was in the hands of experienced sound engineer, Jon Burton). Stated Taylor, “Coverage was even right across the site, and the subs sounded fantastic, especially on the drum and bass. It was thumping hard, yet we were still only at 70%. There was plenty of horsepower in the system and I had the tops turned down 4dB. There was always ample headroom in the system.”

The promoters ensured that this event was a real spectacle, with pyrotechnics, lasers and big screen video supporting the muscular Martin Audio PA. It looks certain that now the venue has been re-established, the event will return on an even larger scale in 2022. 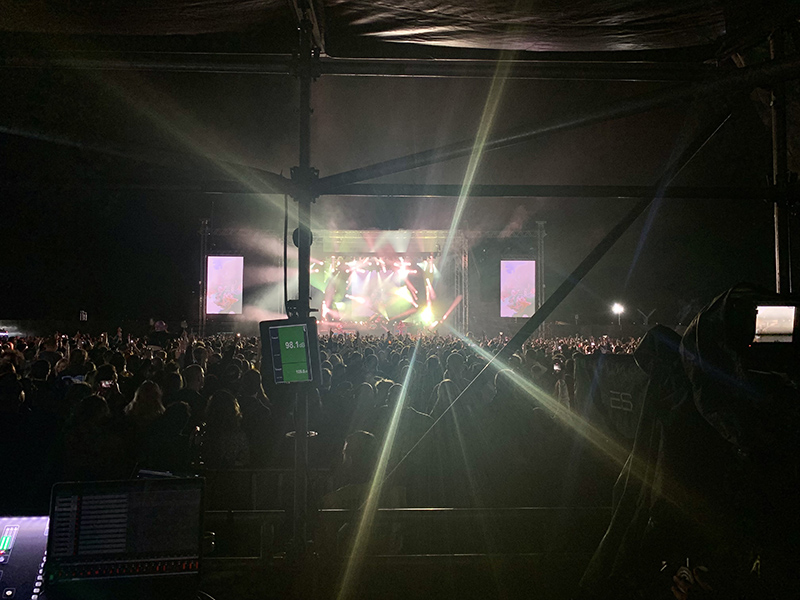 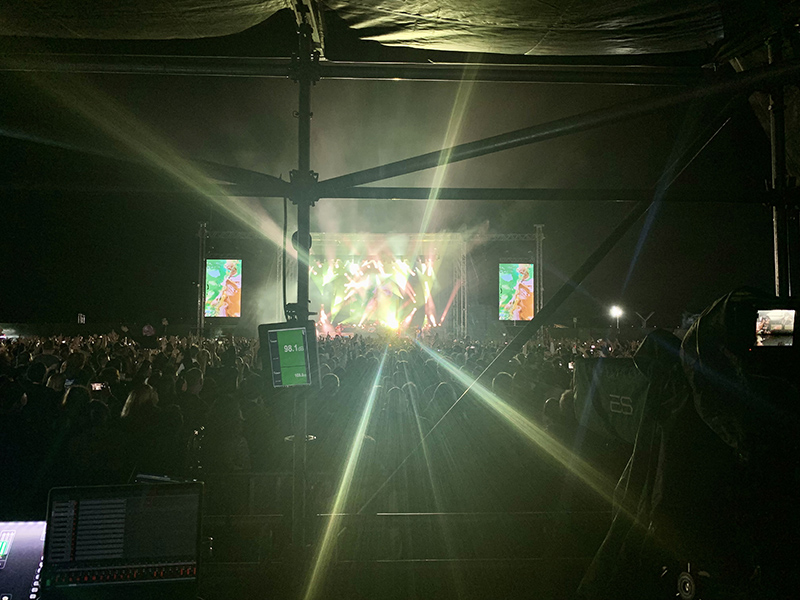 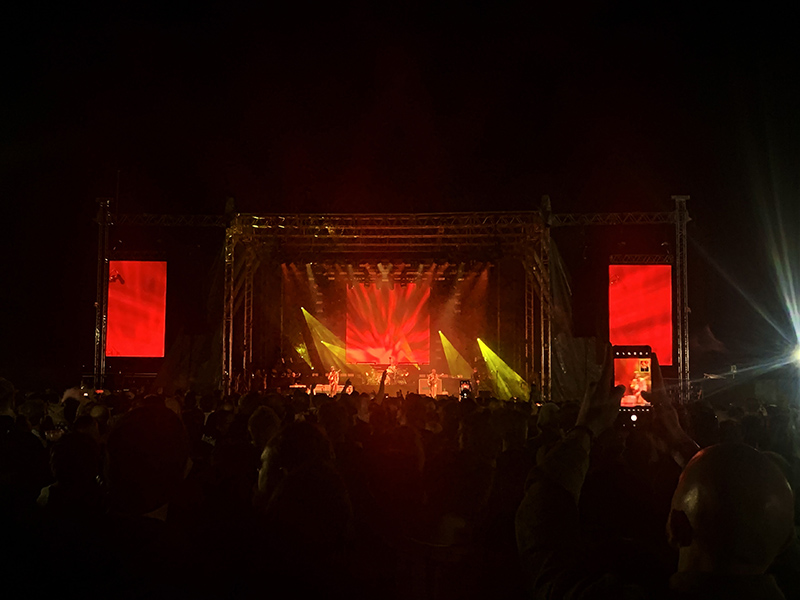 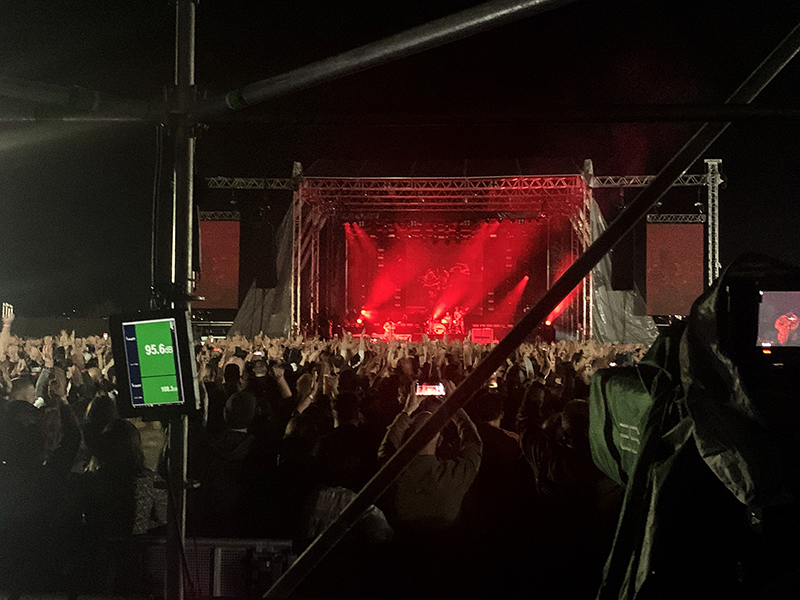 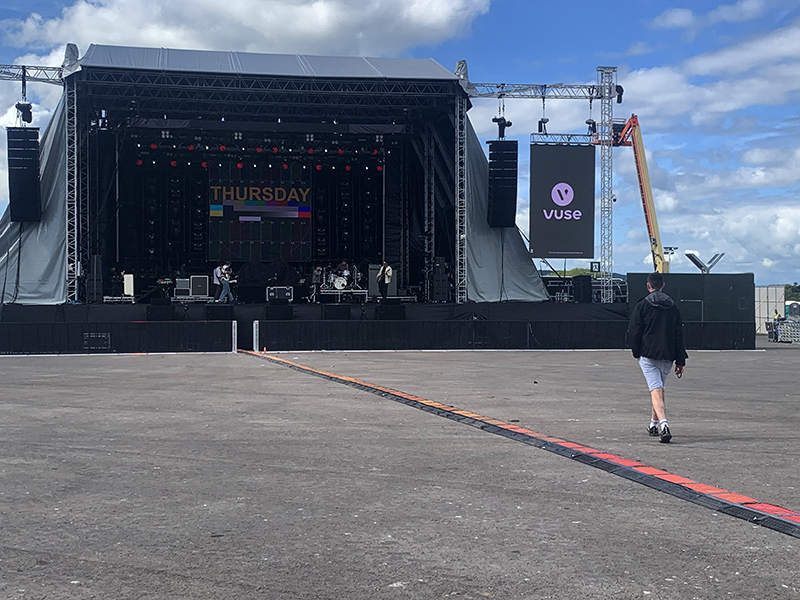 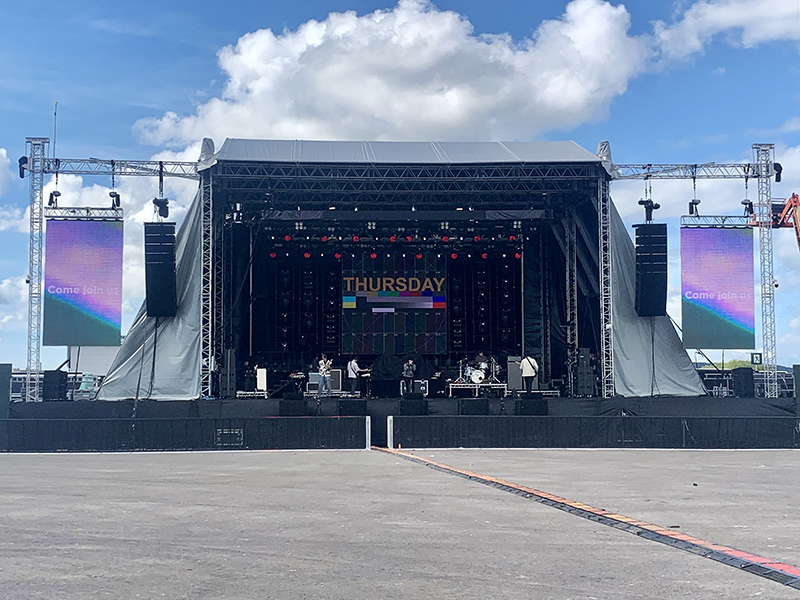